Best Cities to Visit in Germany 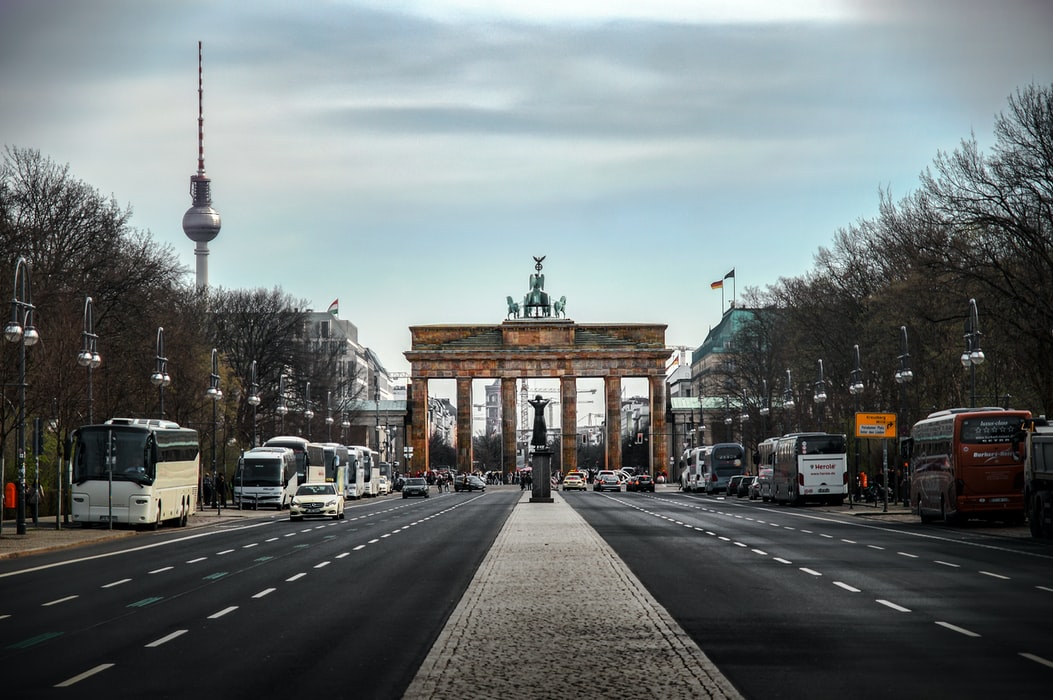 Germany is the 7th largest country in Europe by the total area, and it's the second one behind Russia in terms of population. Its vast size and use of a federalist system mean that each state has its own distinct culture and style that nevertheless shares similarities with other parts of the country.

You can notice it in everything from the foods they eat to the words they say. For example, the people in the states that were a part of the DDR (Deutsche Demokratische Republik, or East Germany) will refer to a "supermarket" (German: Supermarkt) as a "cooperative shop" (German:Konsum) or "shopping hall" (German: Kaufhalle).

Moreover, while the state of Hamburg consumes a lot of seafood due to its easy access to the coast, the southern Bavarians enjoy dishes mostly constituted of meat and potato products.

This creates a great opportunity to travel around Germany and various cultural eccentricities in different regions.

Getting around the country is easy, so you can combine several destinations into one trip. Germany has excellent public transport, with comfortable and punctual trains taking you from city to city. Or if you prefer to explore on your own, hiring a car is seamless. You'll also have the opportunity to drive on the autobahns without speed limits (in some places).

So if you're considering a trip to Germany, make sure you add these cities to your list.

Berlin
Berlin should be the number one city on your list. It's the country's capital that's packed full of history. There are few old buildings left since most of them were destroyed in the first half of the 20th century. However, it's still a city that has a rich history.

Berlin is a good place to start your trip to Germany since flights are quick and reasonably cheap from most European cities, including airports in the UK. Berlin also has excellent transfer options from the two major airports in the city, with the city's S-Bahn train network taking you from the terminal door to the city center in less than an hour.

There are plenty of things to see and do in the city, with some of the major sights, including Brandenburg Gate, the Reichstag Building, the East Side Gallery, and Checkpoint Charlie. In the famous Cold War-era hotspot, you can even get your passport stamped with the type of stamp usually used when the city was split into halves.

Berlin has a great nightlife too, with plenty of traditional German pubs and bars like Alt-Berliner Wirthaus, Dicke Wirtin, and Gaffel Haus Berlin an der Friedrichstrasse - Kölsches Konsulat. There are also several casinos, the most central one being Spiebank at Panoramastrasse. It offers many live games, including roulette, blackjack, and poker. Spiebank also has plenty of slot machines but doesn't offer free spins to new customers like you find in online casinos.

Another great place to visit is the DDR Museum, which offers an insight into what life was like living in East Germany. You can sit inside a real Trabant car, take a ride in a mock DDR lift, and explore what you'd find in a typical DDR apartment.

Munich
Munich is the capital of Bavaria, the largest state in the country. Munich is the home to the Deutsches Museum, the world's largest museum of science and technology, the BMW Museum, many fantastic biergartens and drawing in over six million people are year, the world-famous Munich Oktoberfest.

However, a trip to Munich lets you explore the whole of Bavaria. About an hour's drive from the city is Neuschwanstein Castle, which offers stunning views over the mountains and the nearby flatlands. 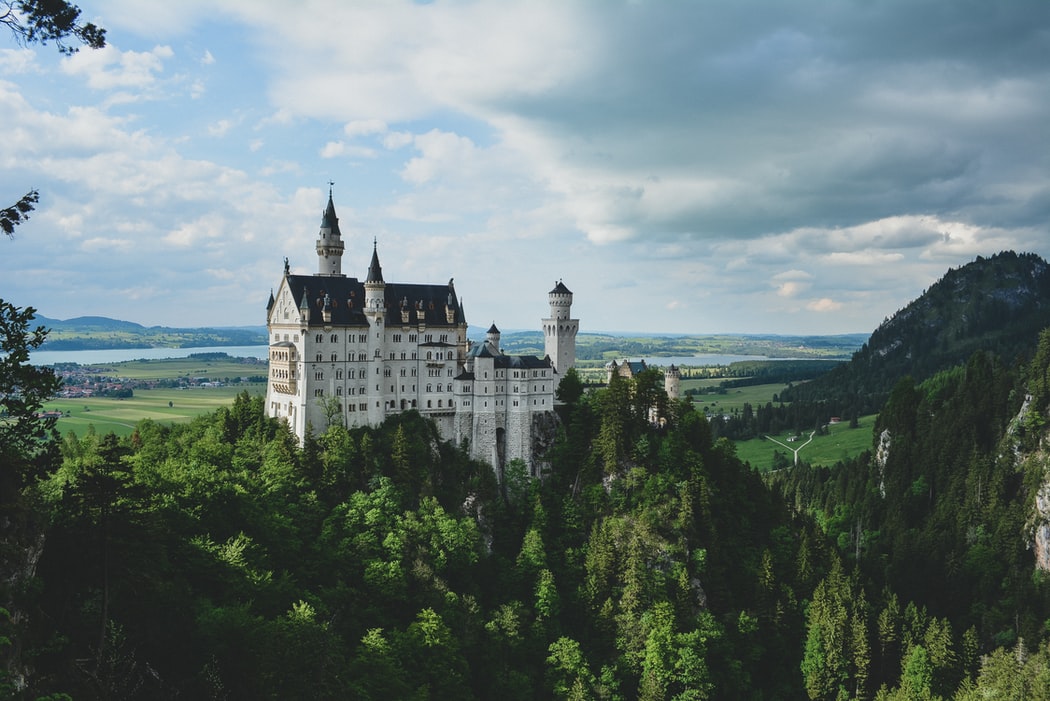 The famous Neuschwanstein Castle was the inspiration for the castle created by Walt Disney after he visited the region with his wife.

Nearby is Tegelberg, a mountain that offers even greater views. You can take the Tegelbergbahn cable car to the top, where you will be able to see for miles over lakes, forests, and fields.

At the bottom of the mountain is a small toboggan run, which is exciting enough for most thrillseekers, but tame enough for people who prefer relaxing attractions.

With Bavaria's location on Germany's southern border, it's also a great opportunity to hop over the border into Austria and visit cities like Salzburg or the UNESCO World Heritage Site of Hallstatt.

Hamburg
Hamburg is a city-state within Germany. It's the second-smallest federal state, yet the secondlargest city in the country. Like with Munich, the main area can be explored in just a couple of days, but it's worth seeing as it contains many unique sights and attractions.

Miniatur Wunderland is described as a "model railway and miniature airport attraction. However, this doesn't do it justice. It is a minute, living, (almost) breathing world packed into 24,757 sq ft (2,300 m2) with half a million lights, 100,000 moving vehicles, and 1,300 trains.

It is a replica of Austria, Hamburg, America, Switzerland, Italy, Hamburg Airport, and Scandinavia with more plans to build replicas of England, Benelux, Monaco (with the Formula 1 track) France, Australia, Ireland, and Africa.

Outside, the Townhall Planten un Blomen, Port of Hamburg, Tierpark Hagenbeck, and Binnenalster are great sights to go and check out.

To get to the tunnel, cars are lowered down a shaft in a large vehicle lift. They can then drive through the narrow tube, which is also available for pedestrians. It's decorated with ornaments made from glazed terra cotta located along the walls of the tunnel. While there are more efficient ways to travel between the two parts of the city today, it's still popular due to its unique way of taking cars down using the lifts.

Germany is a very diverse country with different cultures and landscapes within its borders. This means there are many different cities that you should visit, except for Berlin. If you're planning a trip to Germany, these are three great options that you should consider.

Oktoberfest and Rugby 7's
Its the fans in the stands make the Oktoberfest 7s an awesome experience. Dress up, sing, dance, and celebrate life! This is German Rugby Union's biggest date on their sporting..more 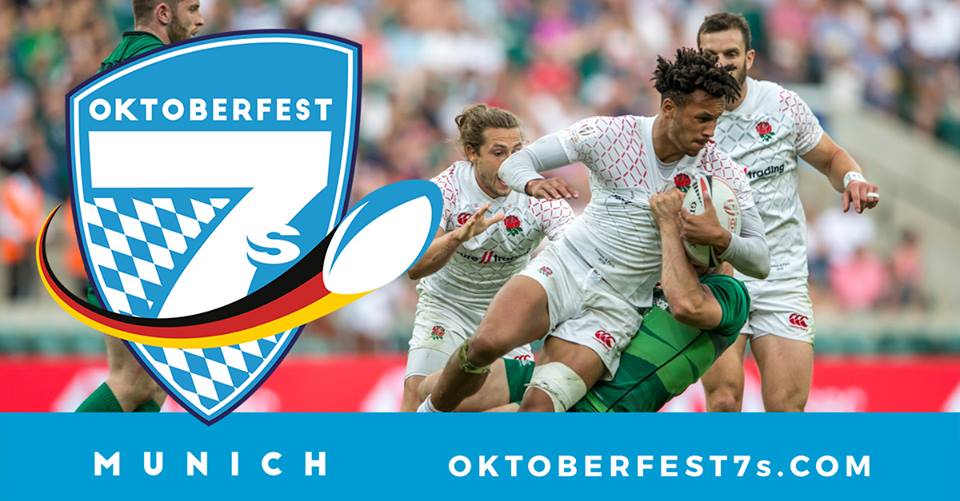