ANZACS at Gallipoli - A Hero and his Watch

For anyone with an interest in the Gallipoli Campaign and in ANZAC Day itself, there are many notable names that are synonymous with the action that took place on that windswept peninsula on the north-west coast of Turkey back in 1915.

But it's not just the notable names that emerge heroic from the combat action fought on that slim slither of land nestled between the Aegean Sea and the Dardanelles - as every soldier involved in the Gallipoli Campaign was a gallant hero and all should be equally remembered. 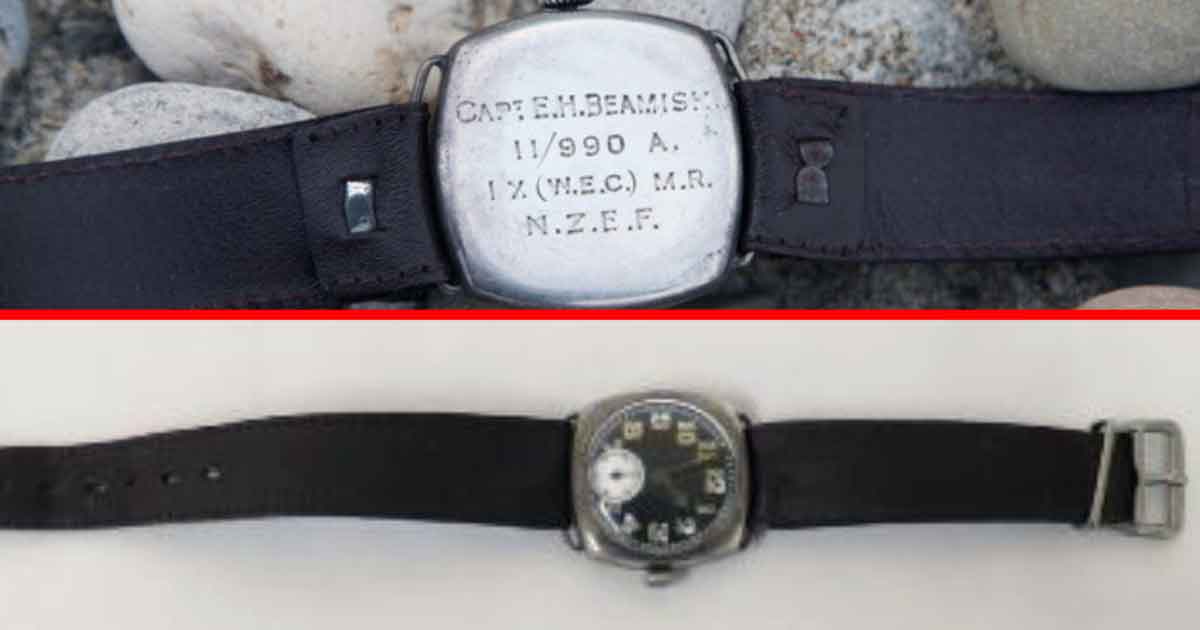 After initial military training with the NZ Mounted Rifles, Beamish - a Lieutenant at the time, embarked from New Zealand in February of 1915 for his Gallipoli deployment. The Wellington Mounted Rifles aided by members of the Maori Contingent were instrumental in capturing the valued position of Table Top (Pilav Tepe) which was a little over half-way to their final objective of Chunuk Bair, during the bloodiest of fighting in the August offensive. They captured a number of valued positions from the Ottoman defenders as they progressed up the ridgeline towards the strategic heights of Chunuk Bair on the 6th and 7th of August.

During an offensive 'rush' on the 9th of August Beamish, under heavy fire whilst running towards front-line action with his NZ neighbour by his side, was struck by a bullet which eventually lodged just millimetres from his heart. The Ottoman bullet had first passed through his neighbour's arm (which he eventually lost) before it punched into the chest of Beamish - luckily the kinetic energy of the projectile had been much depleted surely saving Beamish from what would've been certain death. Both Beamish and his neighbour survived the war and Beamish was left with the bullet lodged in his chest for the rest of his life with the most accomplished surgeons of the day unwilling to remove it due to its location adjacent to his heart. 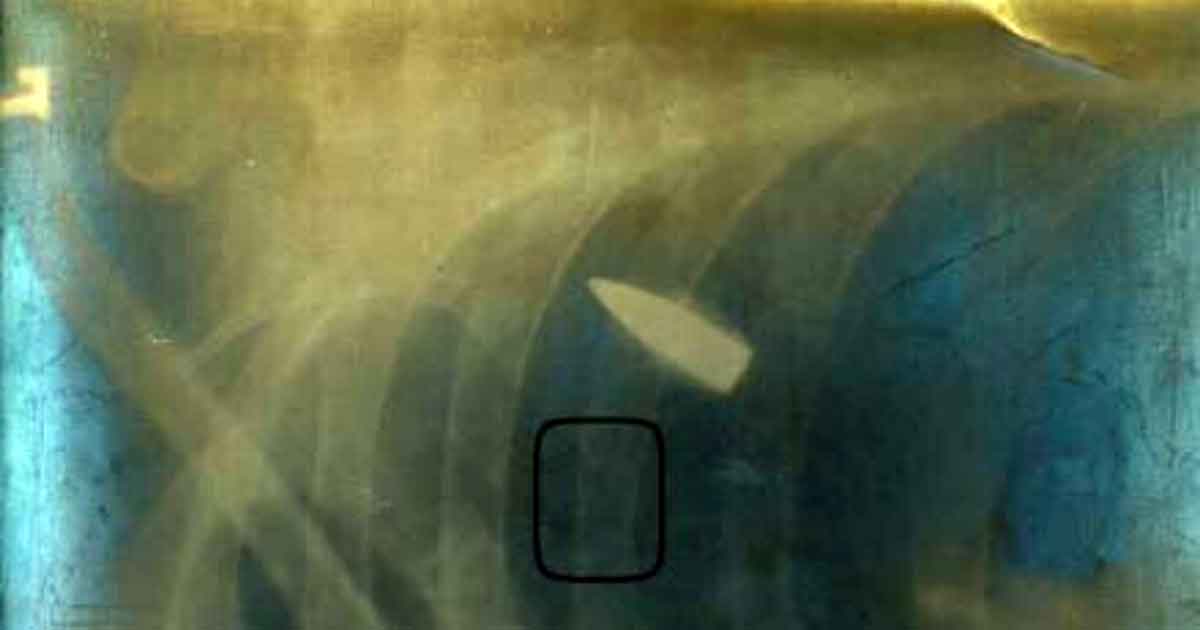 Beamish was evacuated from Gallipoli and convalesced in England, where he was promoted to Major, and continued to serve in an administrative role for the allied powers, including being a company commander and an adjutant in the convalescent hospitals located in Walton-on-Thames and at the New Zealand Discharge Depot in Torquay. Whilst still in service Beamish received an OBE "In recognition of valuable services rendered in connection with the war"and eventually returned home to New Zealand in January of 1920.

The Turkish bullet caused ongoing health issues for Beamish during the course of his lifetime and he eventually received a disability pension for the injury. 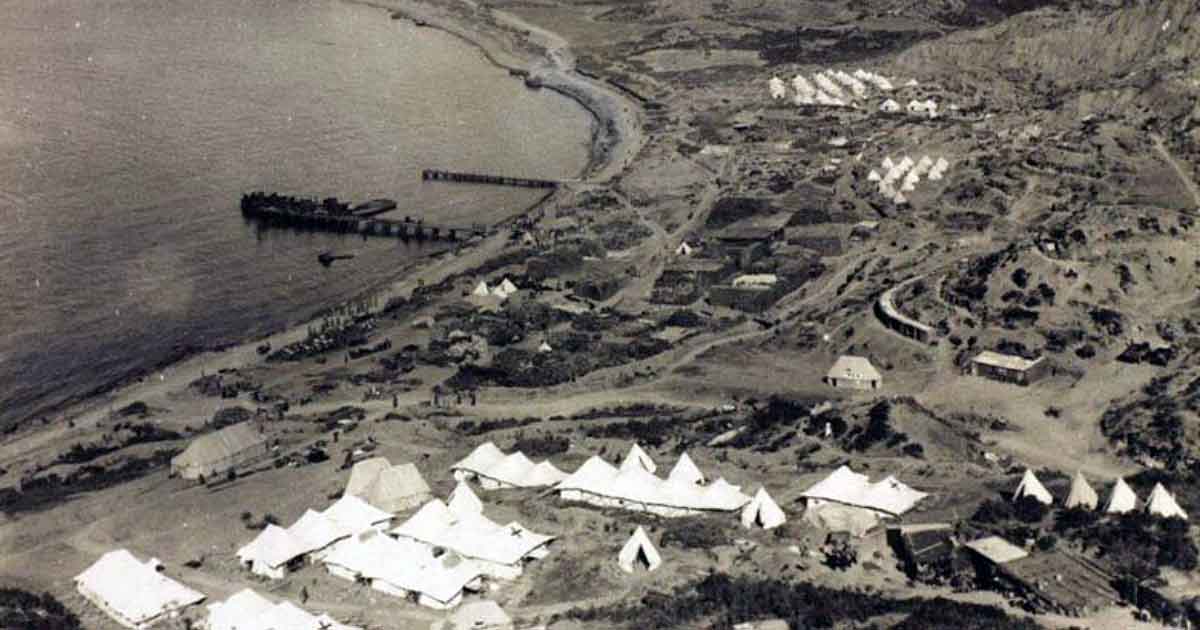 104 years later on ANZAC Day in 2019, PP Travel was lucky enough to share the Gallipoli Experience with Beamish's grandson - Peter O'Keeffe and his wife Janelle, both of whom had travelled to Gallipoli for the ANZAC Day Dawn Service. Peter placed his beloved grandfather's watch on the sands of ANZAC Cove in loving memory of his heroic service and sacrifice. The watch, as well as x-ray photographs of the bullet lodged near the heart of Beamish, have now been gifted to the Waiouru National Army Museum in NZ - along with the amazing and miraculous story of the survival of Beamish himself.

We recently received a most moving and emotive piece of feedback from Peter and Janelle on their experience with PP Travel at ANZAC Day and we'd like to share this with you, our readers:

"The tour was absolutely superb. To be only one of two buses that was able to tour the Peninsula on the 24th and see the battle sites and important battle scenes, was worth the price of the trip and was just amazing and inspiring. To camp out, and watch the sunrise on ANZAC day, at ANZAC Cove was moving and no words can describe the feeling or emotion that invaded our senses as we Kiwis and Aussies sat there in silence - and remembered! If any Kiwi or Aussie in the UK, has a relative who fought at Gallipoli and was thinking about going - STOP THINKING, and book. Having checked all operators before we went this year, Shane and Mark's tour is the only one that encapsulates the tour of the battle sites before ANZAC Day. This in itself is priceless. Please enjoy the tour this year as well guys. Thanks again for making our tour so memorable. It is something that will live with me forever, and even now brings up strong emotions."

Posted: 29 December 2019 16:17:23 GMT by Mark
Being at Gallipoli for the dawn service on Anzac Day where our forefathers landed in Turkey, creating the Anzac legend, will be a moment cherished by a privileged few. PP Travel is a an Australian and NZ DVA recognised Anzac tour operator who will ... read more

Gallipoli - The French and the ANZACS - A Shared Memory
Whilst the ANZAC legend was born out of the campaign the French involvement has been sadly all but neglected from their entire national memory and certainly one could be forgiven i..more

A Brief History of Istanbul (Not Constantinople)
An amazing city in spectacular surrounds. As the capital of the Eastern Roman Empire the city rivalled the might of Rome in antiquity and remains a destination of envy for many. Is..more